TL;DR: Pick an API gateway that goes best with your tech stack, provided it meets the minimum feature/security/maturity threshold.

If you’re starting to implement the API Gateway pattern, in which a single gateway sits in front of a collection of services and routes the requests to them, you have a whole zoo of solutions to choose from. Just doing a quick search, as of this morning, you can pick:

It’s impossible to give a detailed feature comparison for all of them, but after some experience of selecting and running an API gateway in production, I feel that I’m at least slightly qualified to give advice on how to pick one.

Features - What the gateway needs to do 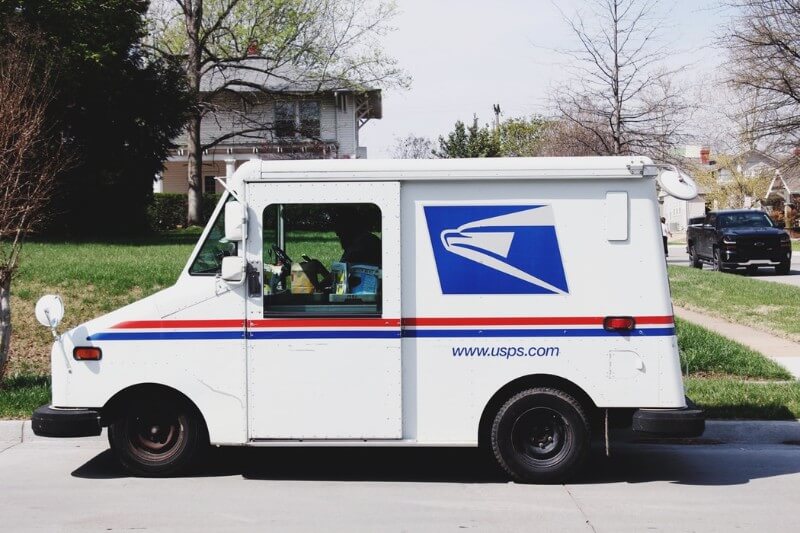 Before picking a gateway, let’s go over what’s expected from one.

Routing is the most basic feature of an API gateway; without it, there is no point of having one. At a minimum, a gateway should be able to route via HTTP other URLs.

Many gateways also come with some form of service discovery, where back-end services register themselves with a registry, and the gateway gets the list of routable services from that registry. From my experience, unless you maintain hundreds or more distinct services, built-in service discovery is not that helpful because sometimes you may want to keep a service not accessible through the gateway but still discoverable by other services. (This assumes that gateway is only used by users outside your system, like human users or other external callers.) In that case, you’d want the services to opt into the routing explicitly.

On top of that, the platform on which you run the services may already have a built-in rough service discovery capability, e.g. DNS on Kubernetes. It’s also not that hard to roll your own crude “service discovery” with DNS naming conventions. 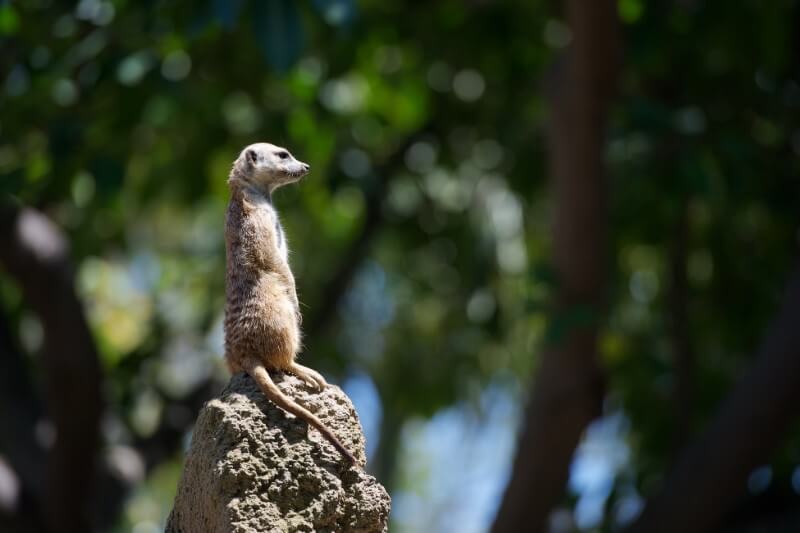 Whether this is a requirement will depend on your specific authentication and authorization architecture. However, having a gateway that does not support auth in any form will definitely limit your architectural choices. Fortunately, almost all of them support auth in some way; as of writing this, Azure Application Gateway is the only major exception.

Gateways-as-libraries, such as Ocelot or Spring Cloud Gateway, can integrate with their respective frameworks — ASP.NET Core and Spring Framework. This makes it possible to let the gateway fully handle auth using any method supported by the framework (and usually there are a lot of choices) with minimal additional work.

You will also get the choice of letting the same framework handle user sessions in the gateway, which again can be set up with minimal effort.

If you choose not to use JWT (JSON Web Tokens), you will have to invent your own way of passing the user information from the gateway to the back-end services. This was the choice my team made a couple of years ago due to the capabilities of our OAuth 2 provider that we did not have a say in selecting. Today, I’d suggest sticking with JWT, which is widely supported. Depending on your web framework, you may also have to come up with a way of having the back-end services extract JWT/other user info and stick it into the service’s security context.

Delegating gateways: some gateways either require or give an option to authorize each request by making a sub-request to an authorization service, which you’re expected to provide. Kubernetes Nginx ingress controller, Envoy, and AWS API Gateway are in this category. Generally, the gateway would expect a simple pass/fail answer from such service and not anything fancy like a redirect.

Each of the gateways has their own requirements:

In all of these cases, the gateway’s primary role is routing, and you’re expected to bring your own components for authentication, sessions, and propagating user information to the back-end services.

Overall by now you should start seeing a subtle theme: if you’re using a gateway that integrates very well with your tech stack, you’ll be able to set up more features faster, and it will be easier to maintain. Later in this post, I will make it a lot less subtle.

You may be interested in deploying website front-ends as static sites behind the gateway, e.g. in S3 buckets or in containers that have only Nginx and the website files. This has a few benefits:

If you do that, you’ll run into an interesting routing conflict. Many front-end frameworks such as React and Vue have their own routing that rewrites the contents of the browser URL bar to make it look like the user has moved to another page. The new URL might not correspond to a real resource on the back end, and when the user presses Refresh in the browser, your system should be prepared to deal with it.

You have several options to handle this:

Generally, all gateways can handle HTTP/1.1 and TLS offloading, and by now majority can handle incoming HTTP/2 connections. It will be surprising if your top gateway choice cannot do these.

When it comes to protocols, the main differentiators are:

With TLS, your biggest problem will be not whether the gateway can handle it, but how you’re going to store, distribute, and rotate the certificates securely. Certificate renewal can be painful, especially if you do it infrequently, and I suggest awarding bonus points to gateways that support easy certificate provisioning/rotation.

For example, Kubernetes Nginx ingress controller can be set up to renew the certificates from Let’s Encrypt automatically. On AWS, using a certificate from the AWS Certificate Manager is quite painless.

But on Azure, as of writing this, you cannot just link a certificate from the Key Vault to the Application Gateway.

Alternatively, you don’t have to do TLS offloading on the gateway. Instead, you could place another piece of infrastructure in front of the gateway (e.g. AWS Elastic Load Balancer) and have it offload TLS. This is the setup that we went with, and I think we got the best of both worlds: easy TLS certificate management and other features from AWS ELB, and an API gateway that fit our service ecosystem like a glove.

In addition to the features mentioned in previous sections, filters can provide extra protection (rate limiting, header sanitization), fault-tolerance (retries), or other useful features (gzip compression, redirects). I’d classify these in the same category as heated car seats in Canadian winter: they’re handy, but if they’re not present, there are other ways to deal with these problems. That said, depending on your scale and architecture, some of these may turn out to be very useful to have specifically in the gateway, so I suggest thinking about that in advance.

All gateways have some request logging capability; some can add tracing information to the requests for easier request correlation in the logs, e.g. tracing in Envoy. Tracing can be very useful when the request might be handled by multiple services, though as with most other filters, there are other solutions for it.

For me, the main differentiator is the timeliness of the logs. A gateway that logs to stdout or a file can have its logs shipped to a log aggregator like Splunk or SumoLogic in under a second. AWS API Gateway logs can show up in AWS CloudWatch after as much as a minute, and log aggregators often poll the S3 bucket with logs less often than that.

This difference may not seem like much, but which one would you rather have when you’re trying to troubleshoot a live issue?

Once you have a gateway, someone will have to feed it and take it out for walks. Let’s think through that ahead of time. 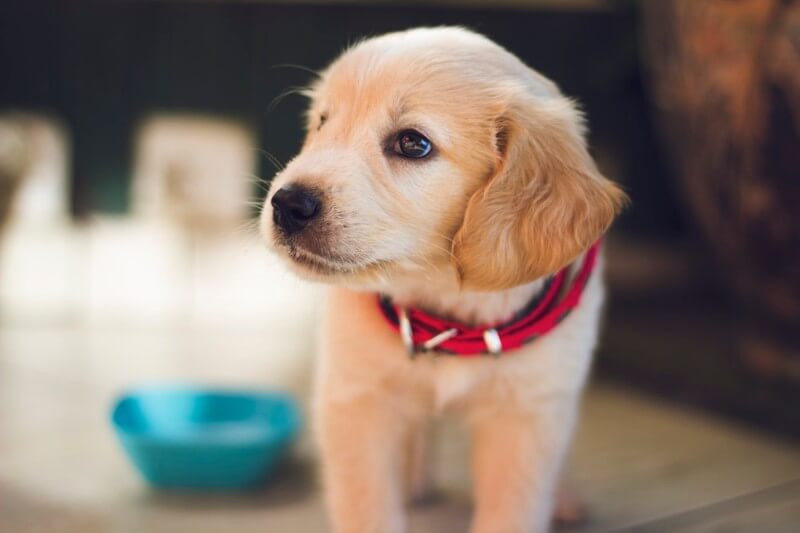 Let’s imagine you just got a gateway. Now, someone will have to:

All of this has to be done efficiently, and while keeping production errors to a minimum.

Also, consider how the gateway will fit into your organization. If the gateway is entirely different from the rest of your service ecosystem, and if the process to configure it is complicated, you will end up with one or a handful of people who will be “gateway people”, and every time the gateway will need to be touched, one of them will have to be involved.

This can lead to more handoffs, slower deliveries, avoiding the gateway (or worse, working around it), and key-person risk.

If configuring the gateway is easy, and if the gateway looks and feels like just another service in your system, then any experienced developer will be able to work on it.

For this reason, I recommend the following:

Broadly, there are ways to make the route configuration easy to maintain:

At this point, every gateway supports one or the other or both. But whatever the approach, keep in mind that you may want to occasionally repoint the route from one service to another without changing the service names, or have a route pointed to something outside your service ecosystem.

At HOOPP, we’ve set up the route configuration in our regular configuration git repository, along with the rest of the gateway config. Any developer can submit a pull request with a change, and many have. The pull request has to pass a CI build that lints the config files, and be approved by someone on the Core Platform team (usually happens within 5-60 min). Then the config is automatically applied to test environments, and, if those start up successfully, to production. The gateway configuration is updated maybe every couple weeks; aside from a few initial hiccups, it did not cause any production issues. But if an issue does happen, git has the full revision history, and any change is easy to revert.

This is not the only way to do it, and probably not the best, but it was easy to set up and results in the least amount of work for everyone involved.

Something that’s easily overlooked: if you’d like the local development environment to resemble production as closely as possible, then you’d need to find a way to run the gateway on the developers’ workstations, including providing a route map that’s appropriate for local development, i.e. one that points to localhost routes.

At HOOPP, we found that some developers hated the idea of running the gateway locally, and some thought it was essential. You may need to accommodate both, but if you have to pick, I’d pick the run-the-gateway-locally side, and make the local startup and config management as fast and as painless as possible.

Gateways-as-libraries have an unfair advantage here. Since you already know how to start and manage configuration for your other services, and gateway-as-library is just another service, you will have an inherent head start when working with them.

There are other criteria when picking a gateway, but most of them tend not to be big differentiators for the major gateway solutions:

Unless you’re prepared to have a team dedicated to the gateway, you’re almost certainly better off picking one that (1) is easy for you to automate and integrate into your systems, and that (2) your developers can support with minimal additional training.

Once you apply all the constraints from the preceding 2,800 words of the post, you will find that gateway-as-library in your organization’s language of choice is likely the front-runner, provided that it exists and satisfies the requirements in this post.

In the absence of that, the top choice would be the gateway that can be easily deployed on your existing infrastructure, like KrakenD or Envoy on a container-based infrastructure. This usually gives enough options that you don’t have to venture farther afield to pick another gateway.