A stylized animation of Newcomen engine that I made a while back.

Newcomen engine is one of the first viable steam engines originally made in 1712 in England to pump water out of mines.

Unlike later steam engines, it was an “atmospheric engine” in which the power stroke was produced by the steam condensing into water and thus creating a vacuum; the atmospheric pressure then pushed the cylinder down, moving the big beam.

It was extremely inefficient by modern standards, but that wasn’t a big deal if it was sitting next to a coal mine.

Not shown in the animation is an avanced feature of some of the engines: a pressure-controlled valve that helped refill the water in the boiler.

The animation above is rather stylized. This sketch from a 1868 book shows what it actually looked like on the inside.: 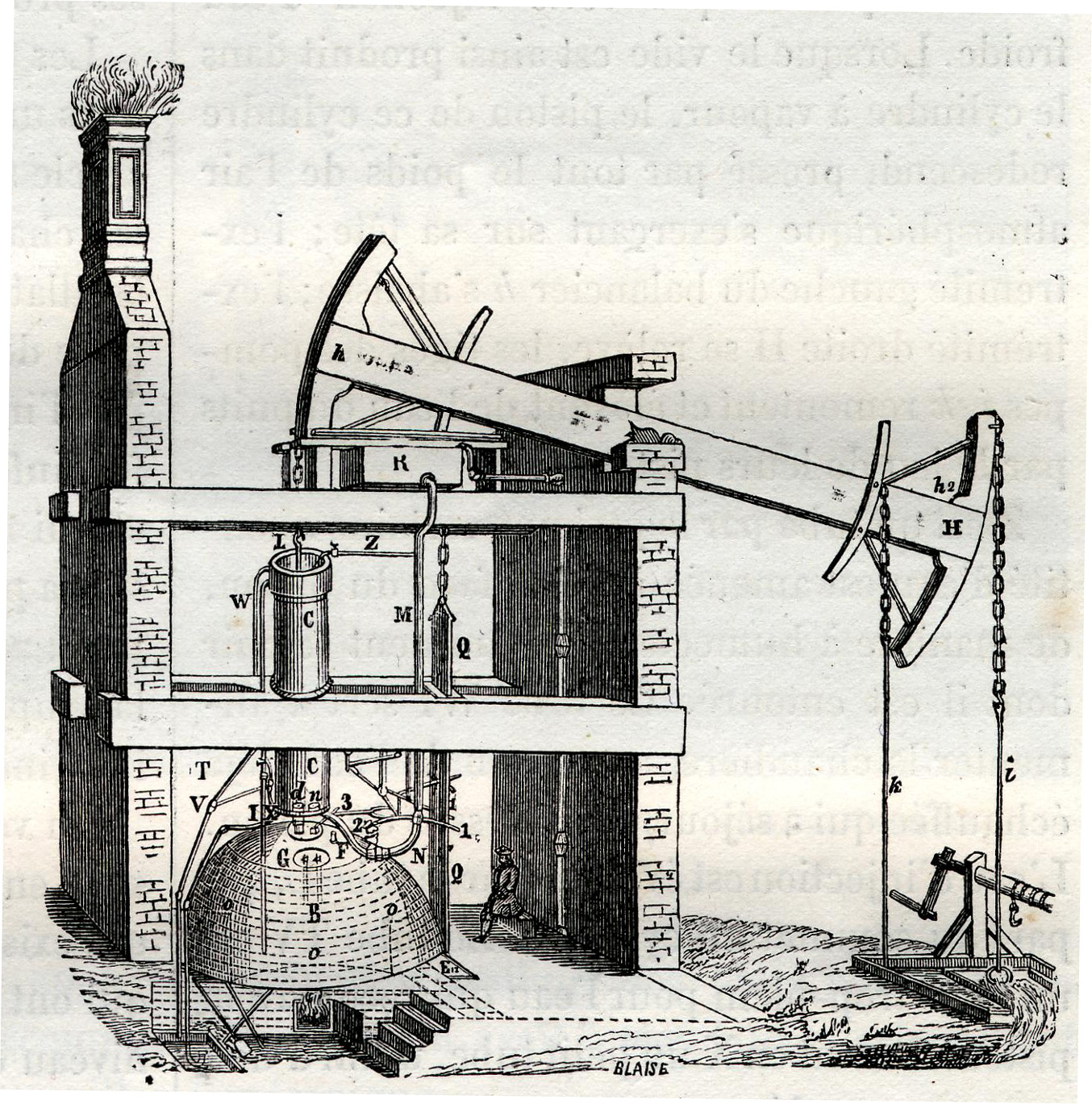 Though typically the boiler, the pipes, and the switches would be enclosed in a brick structure like the one below. You can see the same engine in action in this YouTube video. 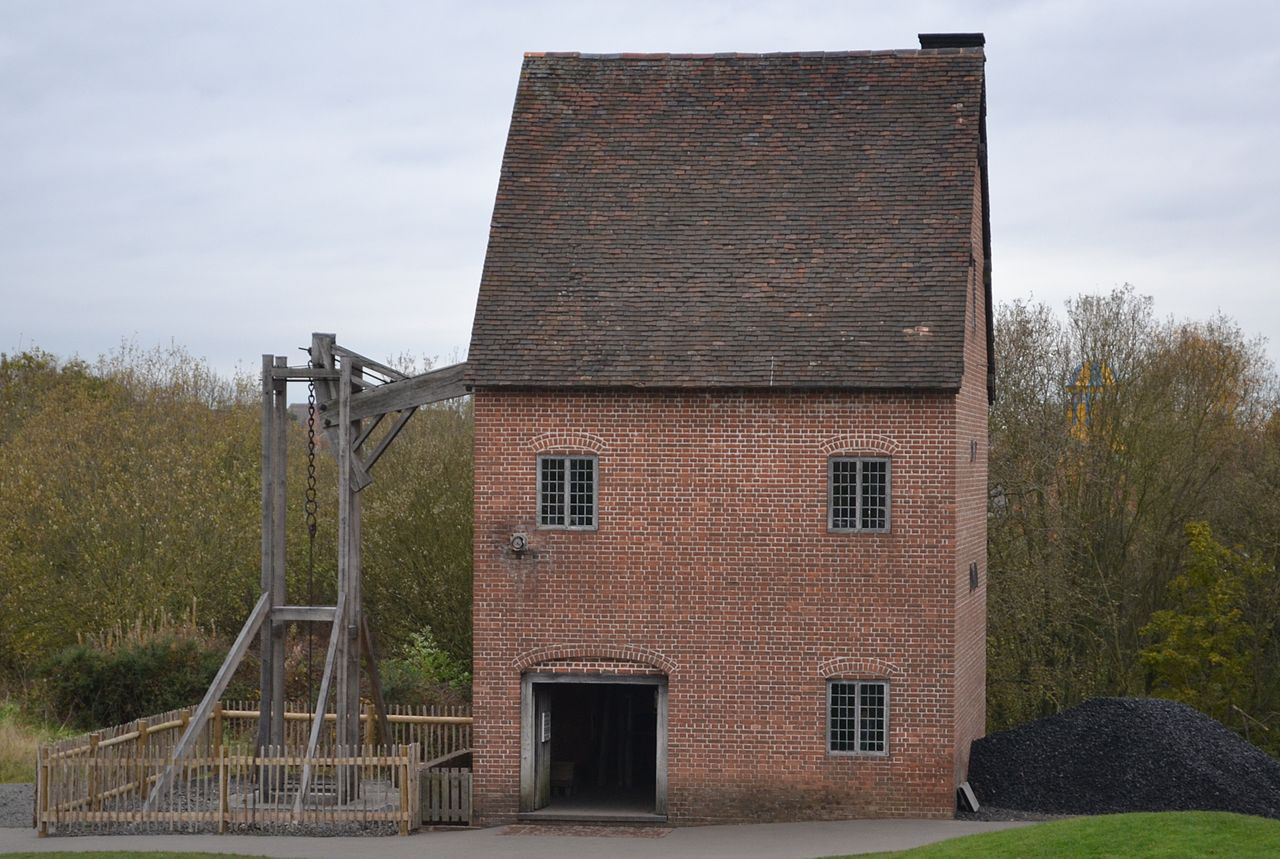